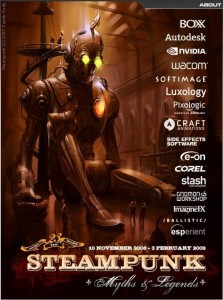 CGSociety.org, a digital artists’ community is currently holding a contest to create images and video which re-imagine myths and legends from across the ages in a steampunk style. This contest is the theme of their 23rd annual CGChallenge, which is being sponsored by big name companies such as Nvidia and Corel. There are many different categories and awards to win, with prizes totaling over $220,000 USD.

According to the contest rules, “steampunk is the application of advanced steam age technology to a modern or science fiction setting,” a definition which, to me, seems to be lacking. Despite this, there are many great entries so far, and I expect the results will be epic when the contest ends on February 3rd. Below are a few of the works in progress that can be found in the contest’s image forum. 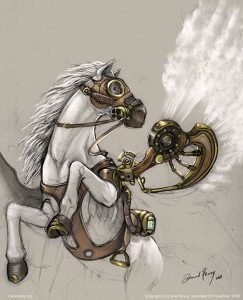