While it will be impossible to mention everything that happened this year, I will do my best to cover the highlights. It seems the theme for 2008 among the steampunk community was growth. Anyone who had any doubt in 2007 over whether or not steampunk deserves the title of subculture will have had these doubts fully extinguished by the events of this year. Indeed, steampunks even have a couple of their very own holidays now, including Air Kraken Day on March 17th, and Pretend to be a Time Traveler Day on December 8th. 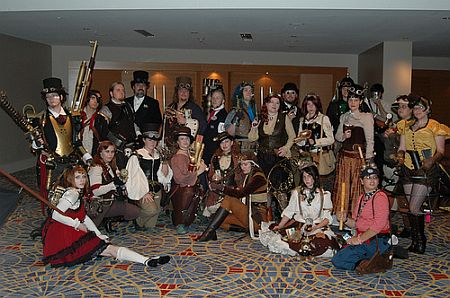 Understandably so, it seems more happened in the later half of the year. A large number of people who were previously unaware of steampunk now consider themselves part of it. This is apparent from the founding of many small, locally-based steampunk groups such as TerminuSteam in Atlanta, Indiana Steampunk, CS-Steampunk in Colorado Springs, the First Viennese Anachronistic Society in Central Europe, the Denver-based Wings of Steam Anachronistic Society, DC Steampunk, the Nashville Steampunk Society, Michigan Steampunk, and the Honorable Society of Phoenix Anachronists, to name a few. Adding even more depth to the subculture, we’ve even seen the founding of several more specialized group such as the Plus-Sized Steampunk fashion group and SteamPoof, dedicated to steampunks in the LGBT community. 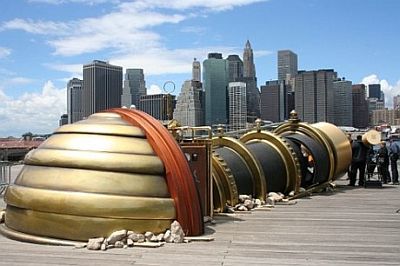 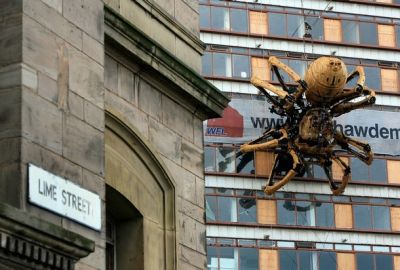 In part this rise in popularity could be related to exposure steampunk has received in a couple of mainstream media outlets. on May 8th, the New York Times published an http://www.nytimes.com/2008/05/08/fashion/08PUNK.html” target=”_blank”>article on steampunk fashion and subculture. On October 2nd, MTV posted an article on steampunk music and fashion along with a photo gallery, and the channel MTV2 featured several video segments. A couple of acts of public performance art also helped raise awareness. In June, artist Paul St George allowed people in London and New York to communicate with each other by waving and gesturing into his giant Telectroscope device. In September, a giant steel spider crawled through the streets of Liverpool, scaling a building in its path. 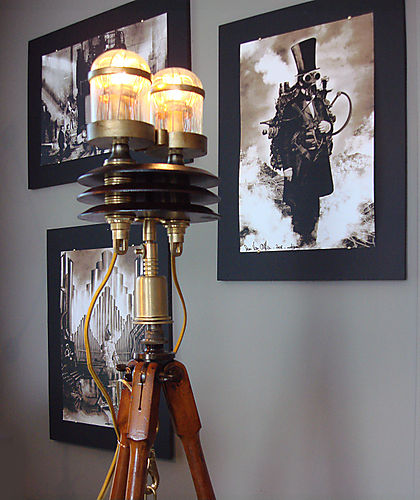 Besides these public displays, there were several gallery showings as well. In August was the Steampunk Art and Design Exhibition in Bridgehampton, NY. On the opposite coast in September, Seattle got to experience Anachrotechnofetishism, a similar art show. Both shows featured work from many prominent national and international artists. In November, Chicago steampunks attended a Steampunk Runway Show which featured the latest in steampunk fashion.


On top of several existing steampunk-friendly gatherings, such as Maker Faire, Dragon*Con, and Dickens Faire, 2008 saw the rise of two steampunk specific conventions. The Dances of Vice Steampunk Festival took place in New York on February 8th and 9th. California Steampunk Convention took place in San Fransisco from October 31st to November 2nd. Next year proves to be even better than the last, with the coming of Seattle’s Steam Con.


Quite a bit happened in steampunk’s musical scene, the heart of any self-sustaining subculture. There is quite a bit of music that steampunks listen to, but as far as this article is concerned, I’ll only mention artists who identify themselves steampunk. January brought us the first Clockwork Cabaret radio show and accompanying podcast, hosted by the Davenport Sisters. On March 1st, Abney Park released “Lost Horizons,” arguably the most important steampunk album of the year, which features their hit song “Airship Pirates.” Abney Park also played several important shows this year though their scheduled unplugged performance aboard a real airship was cancelled at the last minute due to weather concerns. In their final and biggest performance of the year, Abney Park will ring in the new year at the Edison Bar in Los Angeles, along with Lucent Dossier. We also saw the rise of several new steampunk bands this year. In September, Ghostfire released their first album, “Drunk Lullabies”. Joshua Pfeiffer of Vernian Process and Allison Curval of another new band, the Clockwork Dolls, have teamed up to form Clockwork Process, whose first project is the production of a musical score for a forthcoming video game, “Shades of Violet: The Incredible Adventures of Violet Vendetta.” And earlier this month, the Deadly Nightshade Botanical Society released their debut CD, “Clockwork Dreams”. 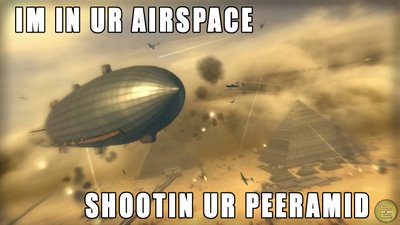 In the world of the aethernet we’ve seen the rise of several new steampunk websites. Steampunk Wallpaper offers a large selection of images for your computer’s desktop. Steampunk Pics features amazing sets of pictures collected from a variety of sources. And perhaps the most annoying thing to happen in steampunk this year was the creation of our very own meme, DRGBLZ. Oh, the huge manatee! Finally, to further attest to the growth of the culture this year, the Brass Goggles forum, the most widely visited forum in the world of steampunk, spent nearly two months down after exceeding it’s bandwidth. Fortunately us steampunks didn’t have to suffer through withdrawals for too long, as Spare Goggles popped up as a temporary replacement. 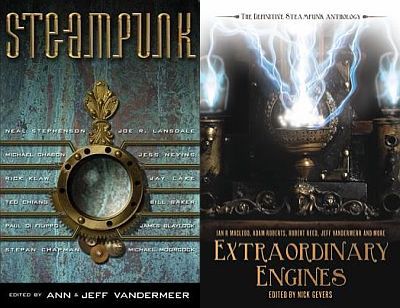 And last but not least, we must never forget that steampunk has its roots as a literary genre. Joining the ranks of SteamPunk Magazine and The Willows, this year we saw the founding of the Gatehouse Gazette. We’ve also been treated to regular doses of audio fiction through SteamPod. In printed literature, 2008 saw the publication of two anthologies of steampunk short stories, “Steampunk“, and “Extraordinary Engines“, both featuring work from many of the genre’s greatest authors.

Sure, with all this growth we’ll continue to see more articles talking about how steampunk is getting old and cliche, or how it’s no longer original because its gone mainstream, but at it’s heart, steampunk is just beginning to flourish. As long as we have new and original artists, musicians, events, and most importantly, literature, steampunk will always feel fresh and new. Have a happy New Year and go out and party like it’s 1899!