Gandhi’s Pocket Watch Up For Auction

Gandhi’s Pocket Watch Up For Auction 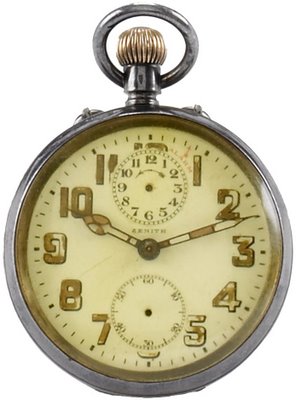 On March 4th in New York, the pocket watch originally used by Indian leader Mahatma Gandhi will be up for auction by a group called Antiquorum Auctioneers.

Mahatma Gandhi’s silver Zenith pocket watch (circa 1910-1915) is expected to attract significant interest.  The pocket watch belonged to Gandhi, who later gave it to his grandniece, Abha Gandhi, his assistant of six years, and in whose arms he died.

Also offered as part of the same lot are Gandhi’s sandals, glasses, bowl, plate, and letters of authenticity. The bidding is expected to reach between $20,000 and $30,000.